Emma began her career in 2002 as an operator, launching and running a multi-million dollar franchise based on her first of ten novels, New York Times bestseller The Nanny Diaries. Translated into 32 languages and hailed by Newsweek as "a phenomenon", the social satire pioneered a new genre in commercial fiction and was made into a major motion picture. In 2012, she innovated the first branded content for Estée Lauder and in 2015, the first serialized fiction for the largest selling young women's magazine worldwide. She has written for stage, screen and print and she and her work have been featured in the New York Times, London Times, Wall Street Journal, BBC, CNN, Fox, and MSNBC. Her entrepreneurial achievements are bookended by a decade of organizational and leadership development in the public and private sectors and the study of Organizational Psychology at Columbia University.

As principal of Advisor E, Emma helps both organizations and people to distinguish themselves from the rest, and lead more effectively. Her customized methodology for quantifiably shifting perceptions has been employed by Fortune 100 leaders and C-suite teams across a diverse array of industries and contributed to successful transactions. Leveraging people's innate strengths and organic style, she enables them to project a consistent, compelling voice to their company and marketplace and maintain control of their story through critical transitions.

Emma is also a founding partner of The Finished Thought, a book and media coaching boutique credited with guiding authors to become bestsellers. She continues to advise professionals on the crafting, positioning and selling of their memoirs and platform books. Her roles as founder, business leader and storyteller, with a media industry specialization, have shaped her philosophy around what it means to be a trusted advisor: pragmatism, confidentiality, honesty and effortless understanding. 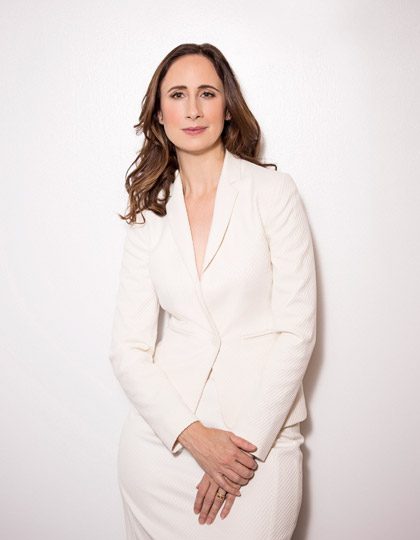 “EMMA EXCEEDED EXPECTATIONS WHEN I HIRED HER TO TALK TO OUR GLOBAL WORKFORCE OF CORPORATE AND STUDIO EMPLOYEES ABOUT BRANDING ONESELF IN THE WORKPLACE. SHE SPOKE WITH AUTHORITY AND RELEVANCE, BOTH RELATABLE AND AUTHENTIC. A PLEASURE TO WORK WITH FROM IDEA INCEPTION TO EXECUTION, I HOPE TO BRING HER BACK AGAIN.”
— DEANNA SENIOR, VP TALENT & ORGANIZATIONAL DEVELOPMENT, WW

Emma is invited to speak to audiences globally about capturing competitive edge through differentiated identity. She specializes in cultures undergoing high-stakes transitions, including CEO succession and M&A transactions. Leadership uncertainty so often undermines execution and organizational competitiveness, but by carving out a compelling platform that lasts, individuals and organizations can be in control of their story, brand and legacy.